You can count on us to provide proven and affordable solutions for your home or business.

We offer a variety of animal removal services to eliminate animal problems.

We offer quarterly service for general pest control interior and exterior of the home. We cover pike and Southern wayne counties and also offer a one time service with a 45 day guarantee and a one year service. Please call for details.

We provide service to the following counties:

Southern Wayne and All of Pike County

We Can Refer Professional Wildlife Control Operators In Other Areas

We specialize in all types of squirrels:

Did you know that your home is the equivalent to a hollow tree to most critters that we handle?  That makes it a mighty fine place to live.  Here are a few bits of information on each critter that we handle that may possibly be bothering you!

Grey Squirrels like to have the classic “family situation” in the area that they call home! Generally you will have an adult female, adult male and a few juveniles residing there.  However, sometimes one area can be occupied by all male or as we say a Grey Squirrel bachelor colony.

Red Squirrels are on of the squirrels that we handle the least.  These guys tend to be very temperamental when compared to others.  They tend to travel in pairs and enjoy storing their food in large quantities in the area that they reside.  These cousins of the Grey Squirrels are a copper/rusty orange color and are slightly small in size than the Grey Squirrels.

Skunks are on the smellier end of our critter list.  They are members of the Weasel family and is similar in size to a house cat.  Skunks tend to live in old Woodchuck burros or low protected areas like under your deck. Skunks love to dig little divots in areas where grubs are found, for example, possibly your lawn.  They do most of their activities during the nights.  When these guys are startled or feel threatened they will spray in defense.  Their bodies can hold up to 5-6 sprays at one time but ironically they do not like their own odor.  Skunks will generally leave an area where they recently sprayed until the smell has dissipated.

Woodchucks/Groundhogs are part of the rodent family!  These critters do not actually chuck wood but are able to move rocks and other large objects up to and sometimes larger than themselves when excavating an area.  When Woodchucks are looking to make a home they will burrow into the grassland areas or rocky areas that are protected just below frost level with two chambers that usually go 5-6 feet in each direction.  One strictly being the latrine and other other being the sleeping chamber.  Woodchucks tend to be mostly active in the early morning and early evening to forage on vegetation, when the sun isn’t strong.

Bats are conquered carefully by our team due to most species of Bats being on the endangered species list.  Bats are born right around the second week in June and maturing with their mothers until approximately the second week in August.  This is a time that we completely leave Bats alone.  During the times of activity one bat can eat up to 1,000 bugs each night.  These critters like to liv win areas that are able to maintain a constant minimum 52 degrees, but the hotter the better.  Their urine is very acidic and will dry white while their guano is brown and slightly larger than mouse droppings.  Bat poop or guano crushes into a fine powder due to consisting of insect exoskeletons while mouse poop is very hard.  Guano can be found stuck on objects that they circle for food or shelter.  If their shelter happens to be your attic they will leave their “marks” all over your insulation.  Due to bats not having collar bones they are able to squeeze into any are that their heads can fit without ever needing to chew or scratch into an area.  Additionally, they have pretty keen eye sight while also being able to use their bat sonar, debunking the “blind as a bat” saying.

Chipmunks are on the craftier of things for us.  Being very territorial they can seem almost impossible to get rid of sometimes!  Chipmunks will burrow tunnels donated into the ground with a hole about the size of a plum.  They like to snack on bird seed, nuts or easy to reach vegetation.  Chipmunks also are strictly ground dwellers, meaning they won’t travel up trees or into your home for shelter.

Opossums may have a very strange stigma that follow them, however they are actually very beneficial and just down right interesting critters.  First off they are the only Marsupials in Pennsylvania. They have a much on their bellies to keep the littles ones in when they are first born and also have a flues tail that allows them to carry bedding material if need be.  Opossums are natures tick control squad, being able to eat ticks by the thousands.  These lightly white and grey colored critters like to live in easily habitable areas.  When they are out foraging, and danger is near by they will lay down and mimic the appearance and smell of a sick animal, while also having the ability to be very agile.  Opossums are immune to Rattlesnake venom and pit Vipers, allowing them to regularly prey on them.

Porcupines are one of our more laid back critter friends.  They are herbivores and are the and are the third largest rodent around!  They use their quills as self defense when necessary but cannot shoot them at anymore. That is a myth.  Interestingly enough though Porcupines have a natural antibiotic in their quills that prevents infection when quilled.  Porcupines tend to live a pretty low key lifestyle preferring to stay away from activity and people.

Beavers are the biggest rodent in the area and have a super cool two layers of fur that allows them to be waterproof when milling about in the water.  Beavers like to chew as I am sure you’ve heard a million times but did you know the reason for their chewing?  Being a rodent their teeth grow pretty quickly so to prevent their teeth from over growing they keep them down to size by chewing large sticks and branches or anything made of wood that they can get their paws on.  Beavers will use the material that they chew off and do not want to eat to fix or work on a damn or even their house. Beavers also hate the sound of running water, this comes into play when we start to focus on the flooding water.  The bigger that a beaver can make a body of water, the better, more room for them to move and allows easy access to food sources.

Muskrats are our semiaquatic friends.  With a hairless tail and waterproof turn muck like the beavers they are able to accurately swim where they need to.  If need be they can swim underwater for approximately 12-17 minutes!  They are omnivores and like to live in burrows generally on pond banks and river edges that have underwater entrances to prevent cold and predators.  Muskrats have a strong musky odor to them giving them their name.  These critters are about 15-27 inches in length typically.

Red and Grey Foxes are one of the most agile critters we handle. Red foxes are a copper/orange color while the Grey foxes have a mixture of grey white and some hints of orange in their coat.  They have a very keen sense of smell, sight and hearing.  Grey foxes tend to be mostly active at night and are omnivorous.  They have been known to prey on over 30 different animal species and a few dozen species of plants.  Red foxes are totally carnivores and are more often seen during the day, especially when they are hunting to feed some always hungry pups.  Everything that is preyed on is taken back to the den and consumed.  Both foxes are in fact “as quick as a fox” being very fast when need be. 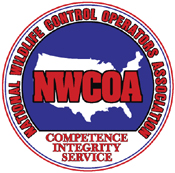